The California Business Roundtable authored an article in the San Francisco Chronicle claiming that the we only need to look to California’s energy prices to see what would happen with the “Green New Deal” proposed by the Congressional Democrats.

That article has several errors and is misleading in others aspects. First, California’s electricity rates are high because of the renewable contracts signed nearly a decade ago when renewables were just evolving and much higher cost. California’s investment was part of the reason that solar and wind costs are now lower than existing coals plants (new study shows 75% of coal plants are uneconomic) and competitive with natural gas. Batteries that increase renewable operations have almost become cost effective. It also claims that reliability has “gone down” when in fact we still have a large reserve margin. The California Independent System Operator in fact found a 23% reserve margin when the target is only 17%. We also have the ability to install batteries quickly to solve that issue. PG&E is installing over 500 MW of batteries right now to replace a large natural gas plant.

For the rest of the U.S., consumers will benefit from these lower costs today. Californians have paid too much for their power to date, due to mismanagement by PG&E and the other utilities, but elsewhere will be able to avoid these foibles. 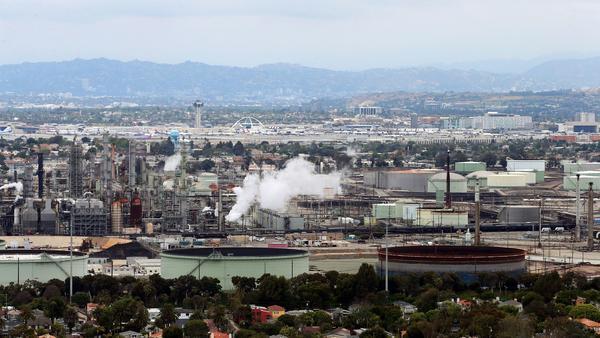 Bjorn Lomborg, a Danish political scientist who has pushed for focusing spending on other pressing world needs over reducing climate change risk, has criticized the extension of California’s cap and trade program in the LA Times. I found two serious flaws in Lomborg’s analysis that undermine his conclusions.

The study that Lomberg cites about the electricity market impacts has not been reproduced since such extensive “contract reshuffling” can’t occur in the Western Electricity Coordinating Council (WECC) region or in the CAISO market. That’s just a simplistic modeling exercise not tied to reality. The fact is that thousands of megawatts of coal plants are retiring across the WECC at least in part in response to the cap & trade and renewables portfolio standards (RPS) adopted by California.

And then Lomberg writes “A smarter approach to climate policy — and one befitting California’s role as one of the most innovative states in the country — would be to focus on making green energy cheaper. ” Has Lomberg noticed that new solar and wind installations are now cheaper than new fossil-fueled plants? Contracts are being signed for less than 5 cents per kilowatt-hour–PG&E’s average cost for existing generation is close to 9 cents.

It’s as though Lomberg hasn’t updated his understanding of the energy industry since 2009 when the Copenhagen climate accord was signed.

I believe that California’s passage of the extended cap and trade program was a generally good compromise. Most importantly, it decoupled the cap and trade market from separate legislation to regulate local emission impacts. As I wrote earlier, earlier proposals failed on this aspect.

Here’s the two best analyses I’ve seen so far, one legal and the other economic (by a former Michigan classmate), of the legislation. 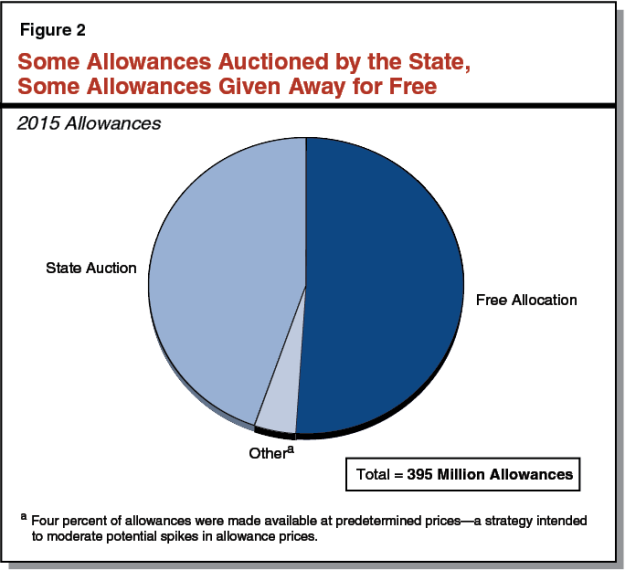 The California State Supreme Court refused to rehear a state appellate court decision that upheld the validity of the cap and trade program (CATP) established in Assembly Bill 32 (2006). Those challenging the program claimed that (1) the program required firms to acquire allowances to operate and (2) that the auction receipts were budgeted into state programs like other tax revenues. However, the Court’s decision was a victory for those who believe that stronger property rights can lead to an improved environment.

The AB 32 CATP defined the property rights for individual firms and for the public in allowed GHG emissions into the atmosphere.  CARB also allocated allowances for free to these firms and set rates of declining annual emission totals (with some upward adjustments to accommodate interstate and international competitiveness). This is akin to delineating the acreage that a property owner has, and then setting out a rate at which the property owner must dedicate a portion to public use, while still allowing the owner to continue to use that land. The U.S. Supreme Court just upheld the ability of state governments to regulate land use in this manner. The CATP essentially allows an owner to continue to use the land in same manner by acquiring usage rates from other owners who may find it more lucrative to sell their allowances rather than use them. Under AB 32, the state auctions some of those allowances to make for a liquid market, while other allowances are traded bilaterally amongst firms. The bottom line is that CATP established property rights in GHG emissions, just as California established water property rights in 1914.

If the CATP had been declared to be another tax, then any disbursement of government property that generated revenues, e.g., sale of excess office space or forest land, could also be considered a “tax” subject to a two-thirds vote approval by the State Legislature under the state constitution. I doubt that the plaintiffs in this case (led by the Chamber of Commerce) intended that sale of state property would require a two-thirds supermajority vote. 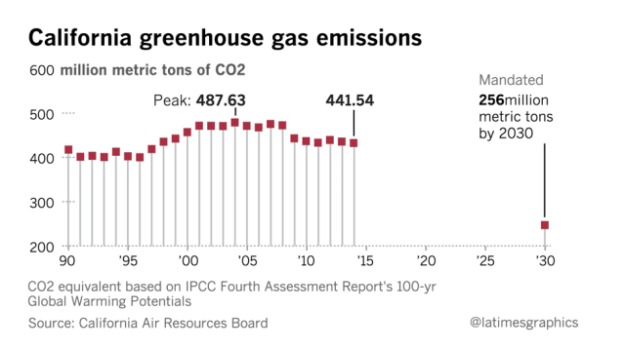 Meredith Fowlie at the Energy Institute at Haas (California’s Carbon Border Wall ) and Dallas Burtraw at RFF have taken on the specific issues in the proposal to replace California’s cap & trade program (CATP).

Yet there’s a bigger issue with SB 775: Why are we so focused on getting every last ton of GHG reduction out of California, when instead we should be focused on creating a system that can easily accommodate integrating with other jurisdictions and encourages others to join the effort? What California does alone is absolutely meaningless in changing climate change risk. It requires a truly global effort. Putting up border walls won’t accomplish this.

The proposal would eliminate allowance banking and offsets, and add a border adjustment mechanism. This would isolate California from global efforts to mitigate GHG emissions.

Dedicated production of biofuels has been a Holy Grail for the sector, but this study finds that this is unlikely.

This blog post on Fox & Hounds is an example of how to take statistics of one cause-and-effect relationship and misapply them to another situation. In this case, this graphic above shows how GHG emissions have dropped dramatically in states that used to burn coal to generate electricity, but now rely much more on natural gas. The decline in coal emissions has occurred over the last half-decade due to the fall in gas prices and the increased stringency in air quality regulations. But more importantly, those states had higher emissions that California to start with because they have been laggards in protecting their environments. The chart shows that these states are finally starting to catch up! If anything, this supports adopting SB 32 as a follow on to AB 32!

Yet the blog post misconstrues this situation to argue that it’s the “free market” that somehow is generating these greater reductions, implying that California and Mississippi had started from the same place–which of course if far from the truth. Yes, the market push from natural gas fracking explains some of this, but California was already so far ahead due to its own efforts that it has less room to improve.

Watch for these types of misrepresentations. Understand the initial premises by the authors. Ask hard questions before you accept their conclusions.

From the AMERICAN ECONOMIC JOURNAL: ECONOMIC POLICY
VOL. 8, NO. 3, AUGUST 2016

Understanding the potential impacts of climate change on economic outcomes requires knowing how agents might adapt to a changing climate. We exploit large variation in recent temperature and precipitation trends to identify adaptation to climate change in US agriculture, and use this information to generate new estimates of the potential impact of future climate change on agricultural outcomes. Longer run adaptations appear to have mitigated less than half–and more likely none–of the large negative short-run impacts of extreme heat on productivity. Limited recent adaptation implies substantial losses under future climate change in the absence of countervailing investments.

High speed rail (HSR) may not be the best means to moving people quickly from San Francisco to Los Angeles–it looks like a 20th century solution to a 21st century problem. I’ve written written about how electric vehicles will diminish the projected GHG emission reductions, and may be an effective alternative. Now comes a Chinese-designed super bus

that can use the same I-5 lanes simultaneously with cars. (See the video in the link above.) The Dutch have developed a high-speed electric bus that also can use I-5 at little added cost.

And now comes word that the auction of greenhouse gas (GHG) allowances by the State fell well below forecasts. Due to how HSR is funded out of that allowance fund, HSR’s share will fall by 98% to $2.5 million. Given that the state still has not attracted any private investment, which is a necessity to make this go, it may be time to rethink solutions.