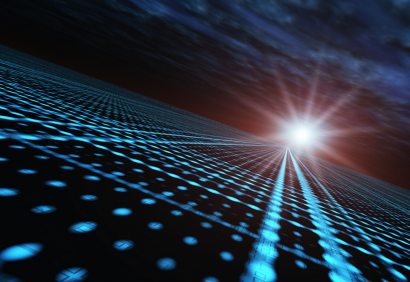 The electricity industry in California seems to face a new world about every 20 years.

Five useful insights into where the electricity industry is headed. 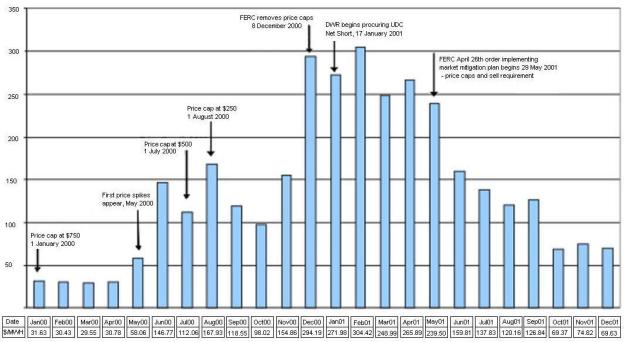 We’re now in the midst of the “third wave” of electricity industry reform in California. The first was in the early 1980s with the rise of independently-owned cogeneration and renewable resources. Mixed with increased energy efficiency, that led to a surplus of power in the late 1990s, which in turn created the push for restructuring and deregulation. Unfortunately, poorly designed markets and other factors precipitated the 2000-01 energy crisis. The rise of renewables and distributed resources is pushing a third wave that may change the industry even more fundamentally.

I wrote a paper in 2002 on how I viewed the history of California’s electricity industry through 2001 and presented this at a conference. (It hasn’t yet been published.) I identify some different factors for why the energy crisis erupted, and what lessons we might learn for this next wave.

From the current issue of American Economics Review:

Robust Social Decisions: We propose and operationalize normative principles to guide social decisions when individuals potentially have imprecise and heterogeneous beliefs, in addition to conflicting tastes or interests. To do so, we adapt the standard Pareto principle to those preference comparisons that are robust to belief imprecision and characterize social preferences that respect this robust principle. [This paper focused on decisions related to climate change.]

Beyond GDP? Welfare across Countries and Time: We propose a summary statistic for the economic well-being of people in a country. Our measure incorporates consumption, leisure, mortality, and inequality, first for a narrow set of countries using detailed micro data, and then more broadly using multi-country datasets. While welfare is highly correlated with GDP per capita, deviations are often large. Western Europe looks considerably closer to the United States, emerging Asia has not caught up as much, and many developing countries are further behind. Each component we introduce plays a significant role in accounting for these differences, with mortality being most important.

(W)hat proportion of consumption in the United States, given the US values of leisure, mortality, and inequality, would deliver the same expected utility as the values in France? In our results, lower mortality, lower inequality, and higher leisure each add roughly 10 percentage points to French welfare in terms of equivalent consumption. Rather than looking like 60 percent of the US value, as it does based solely in consumption, France ends up with consumption-equivalent welfare equal to 92 percent of that in the United States.

(i) GDP per person is an informative indicator of welfare across a broad range of countries: the two measures have a correlation of 0.98. Nevertheless, there are economically important differences between GDP per person and consumption-equivalent welfare. Across our 13 countries, the median deviation is around 35 percent—so disparities like we see in France are quite common.

(ii) Average Western European living standards appear much closer to those in the United States (around 85 percent for welfare versus 67 percent for income) when we take into account Europe’s longer life expectancy, additional leisure time, and lower inequality.

(iii) Most developing countries—including much of sub-Saharan Africa, Latin America, southern Asia, and China—are substantially poorer than incomes suggest because of a combination of shorter lives and extreme inequality. Lower life expectancy reduces welfare by 15 to 50 percent in the developing countries we examine. Combined with the previous finding, the upshot is that, across countries, welfare inequality appears even greater than income inequality.

(iv) Growth rates are typically revised upward, with welfare growth averaging 3.1 percent between the 1980s and the mid-2000s versus income growth of 2.1 percent. A boost from rising life expectancy of more than a percentage point shows up throughout the world, with the notable exception of sub-Saharan Africa. When welfare grows 3 percent instead of 2 percent per year, living standards double in 24 years instead of 36 years; over a century, this leads to a 20-fold increase rather than a 7-fold increase.

Bailouts, Time Inconsistency, and Optimal Regulation: A Macroeconomic View:  A common view is that bailouts of firms by governments are needed to cure inefficiencies in private markets. We propose an alternative view: even when private markets are efficient, costly bankruptcies will occur and benevolent governments without commitment will
bail out firms to avoid bankruptcy costs. Bailouts then introduce inefficiencies where none had existed. Although granting the government orderly resolution powers which allow it to rewrite private contracts improves on bailout outcomes, regulating leverage and taxing size is needed to achieve the relevant constrained efficient outcome, the sustainably efficient outcome.

Long-Run Risk Is the Worst-Case Scenario: We study an investor who is unsure of the dynamics of the economy. Not only are parameters unknown, but the investor does not even know what order model to estimate. She estimates her consumption process nonparametrically…and prices assets using a pessimistic model that minimizes lifetime utility subject to a constraint on statistical plausibility…[A] way of interpreting our results is that they say that what people fear most, and what makes them averse to investing in equities, is that growth rates or asset returns are going to be persistently lower over the rest of their lives than they have been on average in the past.

In many ways, the potential for a dramatic transformation in the electricity industry feels like deja vu in the telecommunications industry of the 1980s. That industry evolved rapidly and radically so that what we see today is almost unrecognizable compared to three decades ago. Do we stand on the verge of a similar revolution in electricity?

In the 1980s, it was the entry of microwave transmission that threatened the hardwired long-distance network of AT&T. The combination of the MCI decision allowing competition and the DOJ anti-trust settlement that broke AT&T into the 7 Baby Bells, both in 1982, led to proliferating long distance competition.

The electricity industry had a similar transformative decision in FERC Order 888 in 1996. There was a similar first wave of opening up wholesale competition through a centralized grid through restructuring induce by the introduction of combined cycles. As with AT&T being slow to adopt new technologies, it’s hard to imagine the electric utilities building CCGTs before others forced their hands.

In telecom, allowing more players meant that they started to compete with customers using new technologies, Rapid innovation in computers bled over to phones and cell phones. The FCC facilitated this with innovative auctions of regional wireless band licenses. The entry of cable companies for local service created more competitive pressure. Yes, the industry went through consolidations, but the threat of entry and marketing innovations place caps on what these companies can charge and force more consumer options.

Long distance competition may not have benefited, but such an assessment ignores the second wave of telecom deregulation starting a decade later: the entry of cable companies, the use of the Internet for calling, the rise of messaging, and proliferation of smart cell phones. Now AT&T’s land lines are an afterthought for phone service and those companies offer bundles of services across telephone, television, Internet and cell phone. Long distance and local land line competition are but an afterthought in the industry after three decades. The better question is whether these services will even survive in the near future.

Electricity restructuring may not have delivered on its initial promise, but, as with telecom, it brought new competitors who are looking for different ways to enter market. New technologies that decentralize energy resources look like the second wave of telecom innovation in many ways. NRG is one such example of a company that focused on merchant generation but are now looking to distributed energy resources. Sempra and Duke are utility holding companies that are shifting their mission in promising ways. Will these and other innovators break into the energy services market and offer consumers the type of choices that telecom customers now have? Will the existing modes of delivering electricity lose dominance in the same way as happened in telecom?

The answer will depend in part on decisions made by regulators. The US DOJ and FCC played key parts, and the state commissions eventually backed away from close regulation. This requires support from stakeholders including the utilities. AT&T eventually evolved into a dominant player in the new marketplace although it wasn’t a smooth transition. Will the electric regulators have similar foresight? Will they avoid many of the same pitfalls?